With Audi recently launching the new RS6 Avant and RSQ8, Poole Audi were looking for a unique way to celebrate this event.

Conical Sphere were brought in as partners and transformed the entire showroom into an immersive Audi Sport experience.

To facilitate an exciting and bespoke 15 minute display of light, projections and music, we used our own custom Wireless Projection System called MOSAIC. This allowed us to use 8 projectors placed across the showroom. The projectors were all syncronised live with music and additional lighting to create the full immersive experience. 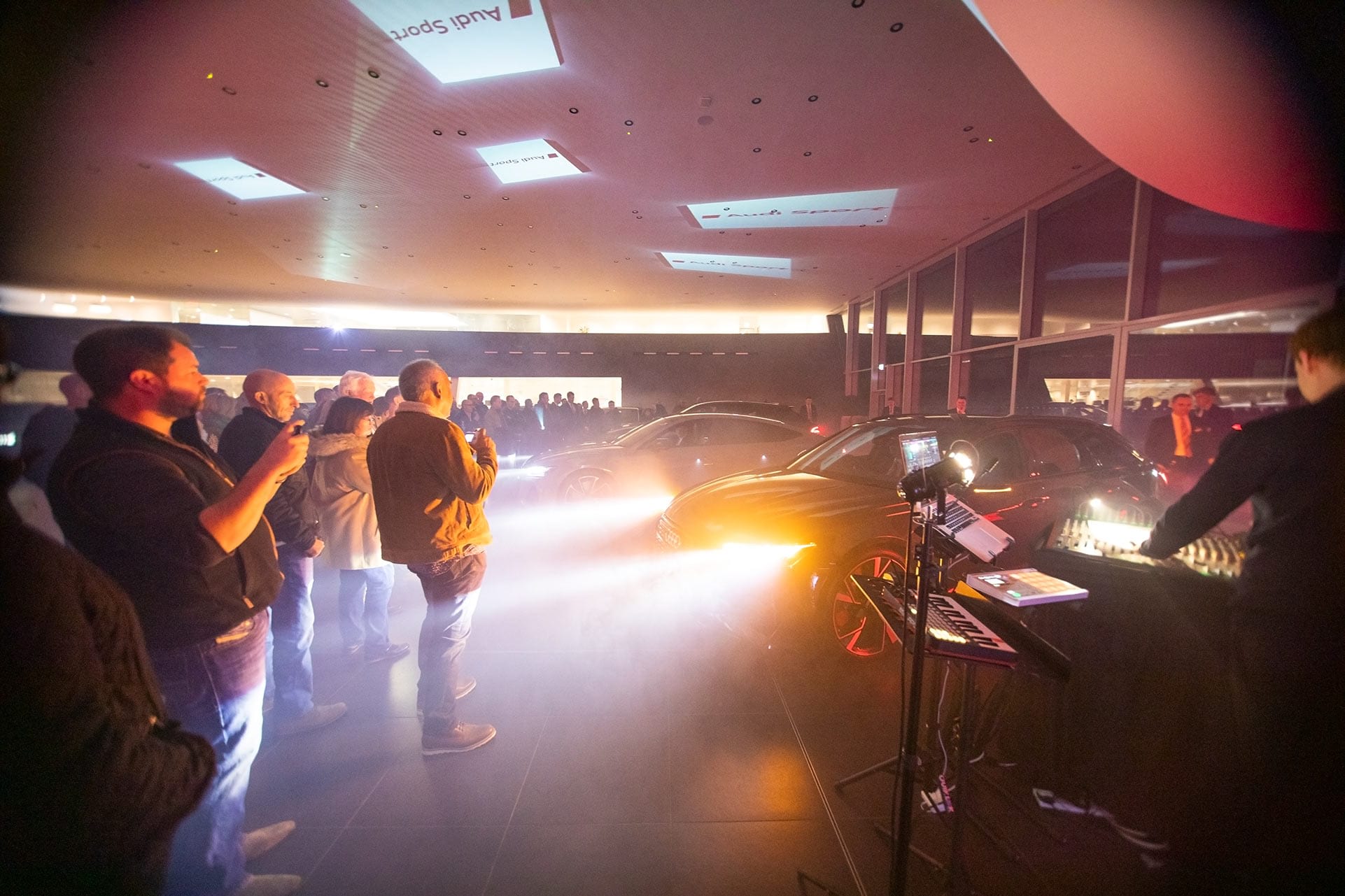 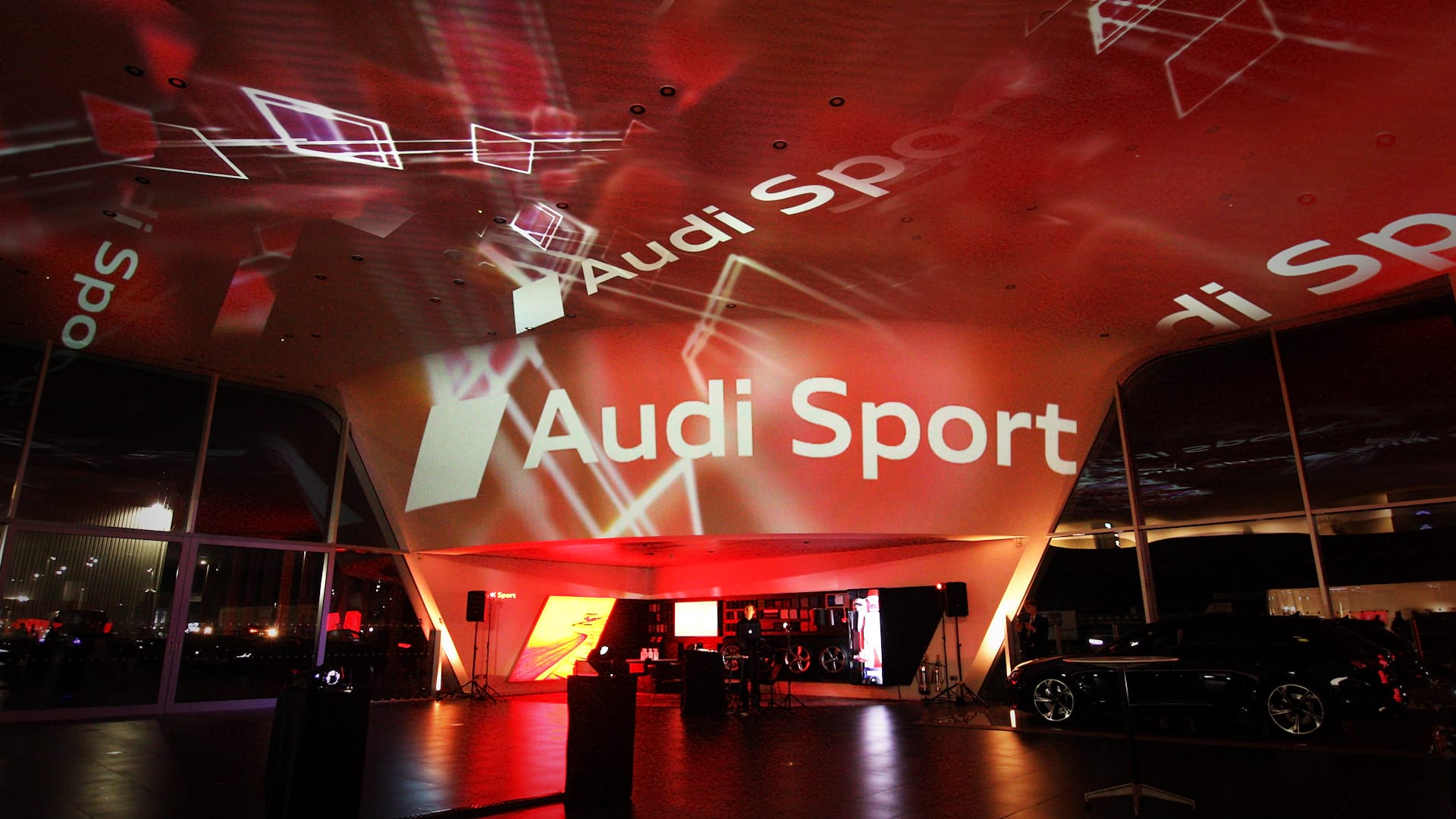 “…As a working car showroom, we knew that we didn’t have a huge amount of time to deploy lots of kit to make the event happen. In fact the cars were only re-arranged a couple of hours before the event. This was where our projection system MOSAIC came into play as we could simply place the projectors with the wireless interface connected and power up. Immediately the space became transformed…”

To put the event together, we came up with a storyline that would hold everything together.

“…We based the story around what we called the different “elements” of Audi. Starting off with a short history and how the cars have developed to the modern day. Then we explored the details and designs of the cars before taking the audience through the current range. Finally we ended with the last element, emotion which centered on people and their relationships. ”

With the storyline in place, it was then down to the team to create the graphics for all of the projections.

“…We started with by creating the focal film that we would project onto the Audi Sport corner. This was done by taking footage from the official Audi videos and re-editing them together to give us the storyline we wanted. Once that was done, we then created a series of supporting textures using the Trapcode Suite with Adobe After Effects that was projected over the rest of the ceiling to give the impression that the audience were immersed within the piece.”

The resulting film clips were all put back together and then triggered live with the music performance using Ableton Live.

“…MOSAIC gives us the ability to trigger small clips on the projectors as well as full films. It becomes a lot easier to perform the music live and have the projections sync back with the music as this meant we could really stay very Agile as we developed the project. The original plan for the event started as an Audi Christmas event but changed to focus on Audi Sport as the new release came out. Working this way meant we were easily able to shift to focus on the Audi sport experience instead.”

Watch highlights from the event here:

Poole Audi is the UK’s largest Audi Terminal and one of the largest in Europe. It boasts a showroom that displays 24 new cars.

See all the photos from the event:
Looking to transform your space? 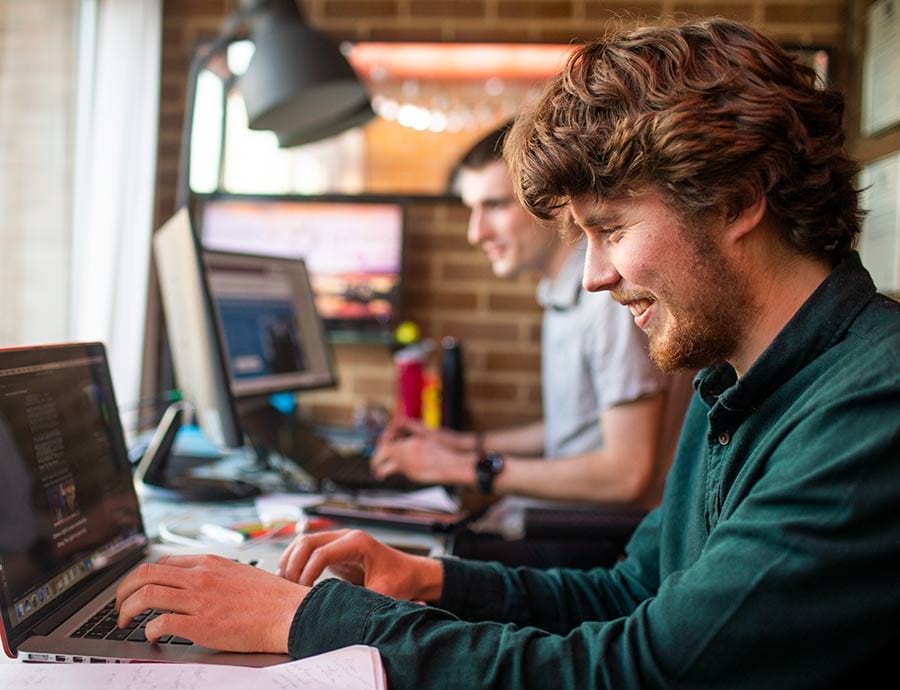